There are two pieces of voting equipment that voters may see at their poll or during Early Voting, the ExpressVote and the Ds200 Tabulator. Both are manufactured by Election Systems & Software (ES&S). 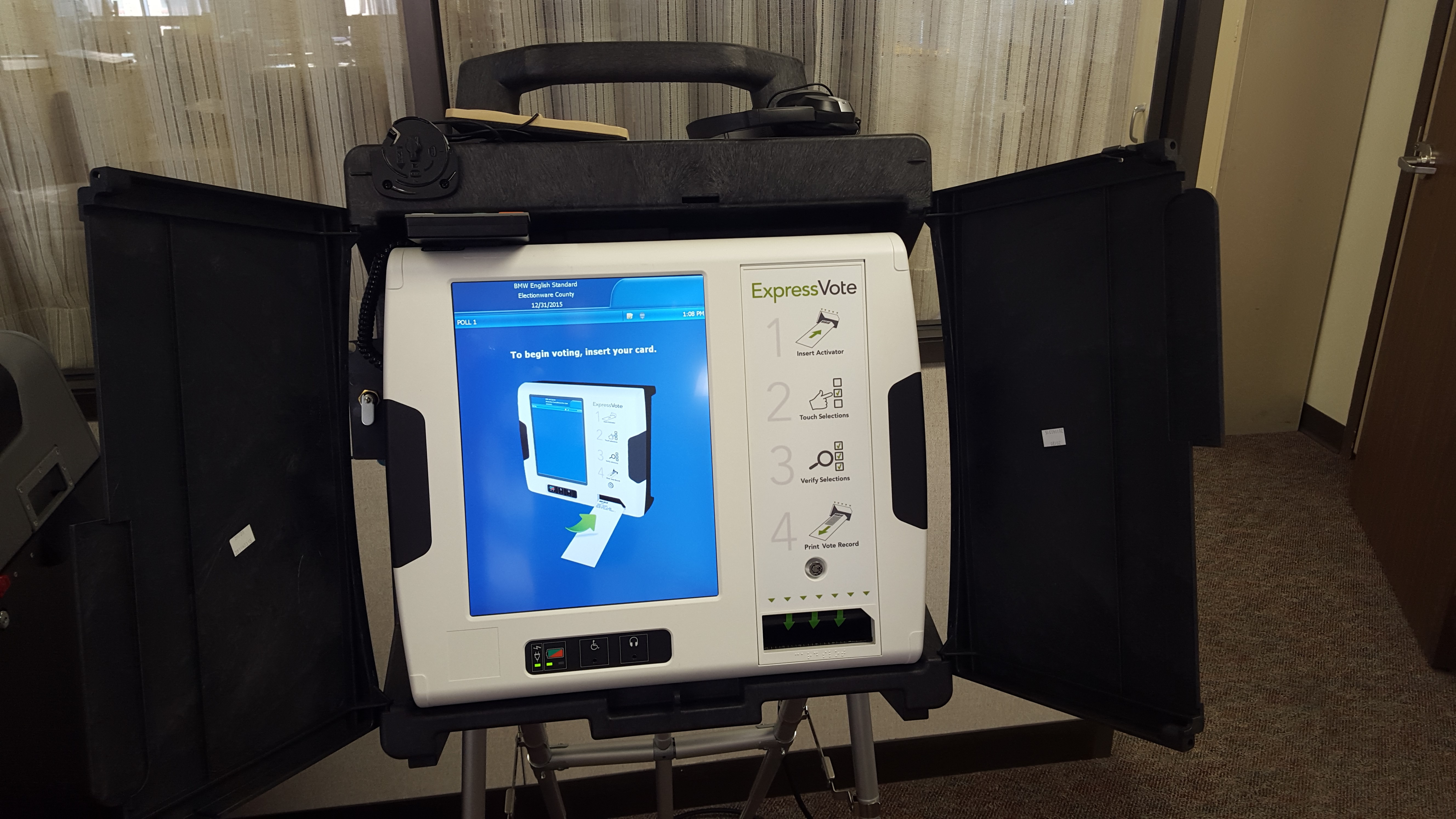 ExpressVote
The ES&S ExpressVote machine is designed with a touchscreen to mark a ballot. A voter inserts a district-coded ExpressVote ballot into the machine, touches the screen to make candidate selections, and then touches the Print button to print those selections onto the ballot. The ExpressVote only PRINTS a voter’s ballot; it does NOT CAST the ballot, COUNT the votes or transmit any vote totals. The ballot is only cast and votes counted when inserted into the second piece of equipment, the DS200 Tabulator.

The ExpressVote is an ADA compliant device, designed to allow all voters, including those who are visually or physically challenged, to vote unassisted. Ballot choices and instructions are displayed in large print on the touchscreen and can be heard using audio headphones. Voters enter their selections by touching choices on the screen, pressing keys on the Braille keypad, or using a personal ADA device such as a sip-n-puff or foot pedal.

Some additional features include adjustable volume, headphones and rocker-panel provided by election officials, screen adjustments for privacy, zoom mode to enlarge screen text, and high contrast mode that can assist voters who are visually impaired.

DS200 Tabulator
The DS200 Tabulator is designed to tabulate the elections results. After  marking the ballot, the voter inserts the ballot into the DS200 which counts the votes. At the end of Election Day, this equipment tabulates all of the vote totals for a particular poll, and the vote results on secure recording media are transported by election judges to the main counting office.

Board of Elections staff will be happy to demonstrate all equipment in the office. If you would like a demonstration or have questions about the election equipment used, please contact us at your earliest convenience.